After the despicable performance of Aspashir, 3rd Cousin of Shapur I, at the Battle of the Shahanshah's Tears,  Hormizd, son of Shapur Mishanshah, governor of Sakastan, gathered together the remnants of Aspashir's command and forged a new army mixed with new levies and his own personal bodyguard to face the invading horde of Kushans on the plains north of Farah. 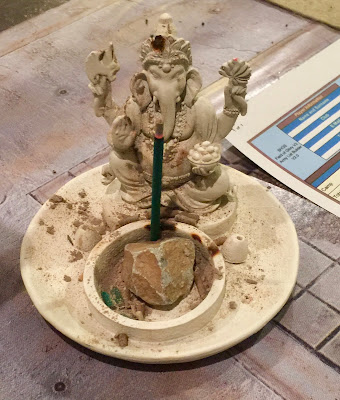 To set the tone, we have Ganesha burning incense to prepare us for the clash between the Kushan Hordes and the loyal Sassanid forces (or perhaps it is an omen of where Hormizd will turn next).

The Sassanid Host - Hormizd made some adjustments to Aspashir's list which is reflected in the inked in changes. 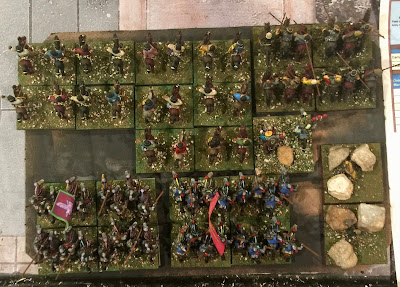 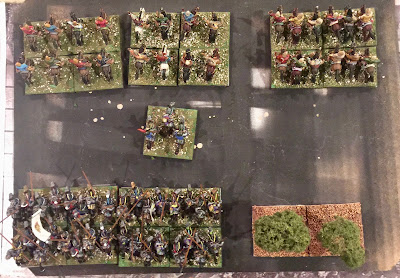 The Sassanids won the initiative and opted for Agricultural.  The Kushan took the compulsory open field and an open.  The Sassanid opted for a single open field.  All terrain fell in the Kushan side of the table.  The open would not fit at all and was discarded.

The Sassanids rolled to move first and moved straight forward across the line to just outside 5" of the Kushans.  There was no shooting so the Sassanid 1st turn ended. 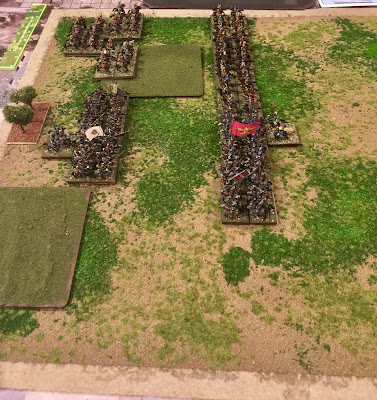 The Kushan 1st turn saw the Kushan Cataphracts angle their move towards the Sassanid cataphracts.  The Kushan middle light horse double wheeled in the center to open the gap between them and the left Kushan light horse so the Kushan cavalry could move up. 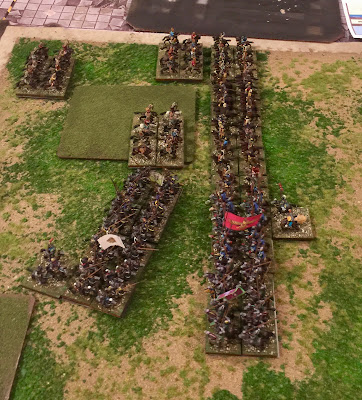 In the shooting phase, the Sassanid right flank light horse scored two hits on its Kushan counterpart who disrupted.  Elsewhere along the line, shooting was ineffective which saw the Kushan 1st turn end. 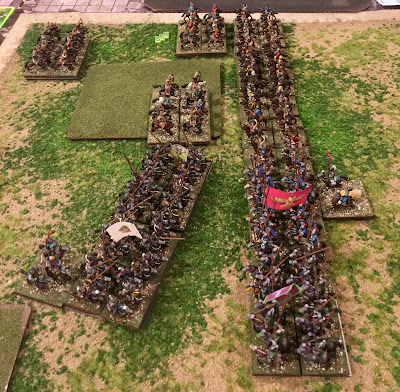 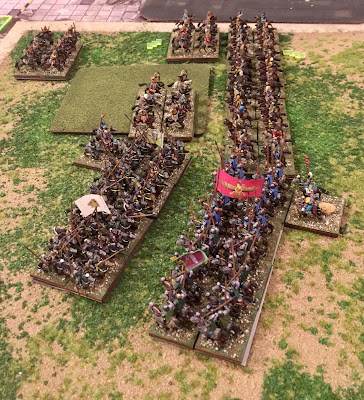 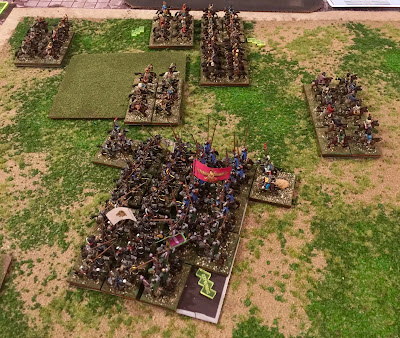 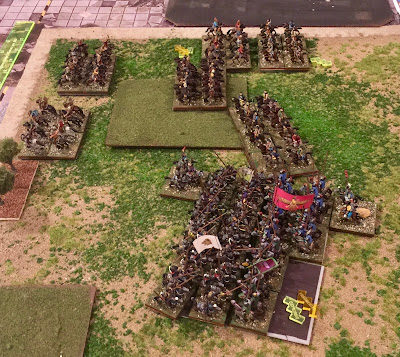 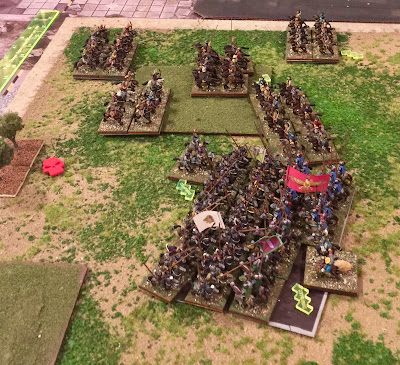 Unfortunately, no picture survived of the final turn.

However, compensation, I offer up the following:  the Shahbanu of teh house, She Who Must Be Obeyed herself, presented this nice meerschaum box to me for our 14th Wedding Anniversary this week. 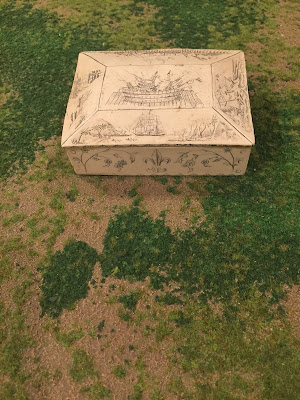 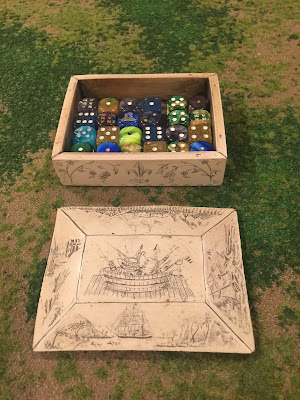