After his victory over the local Indian magnate east of the Indus, Hormizd, son of Shapur Mishanshah, governor of Sakastan and claimant to the Immortal Throne, has been forced to turn back to the west and face the false king, Bahram II.  Determined not to loose the impetus of his victory across the Indus, Hormizd has left his wife's sister's cousin, Yormrizd the Short in control of the local forces with orders to push east into the subcontinent.

Unfortunately for Yormrizd, Bhartrdaman, Saka lord of the Kshaharatas, has ordered Samanadra the Fatty One to lead his Indian subjects to the edge of the Thar Desert and turn back the Persian hordes from the west. 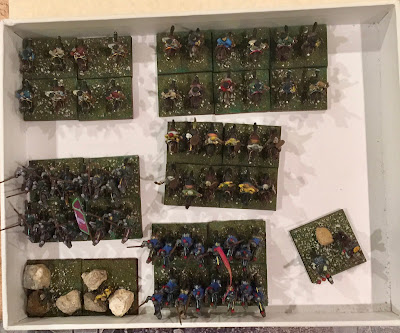 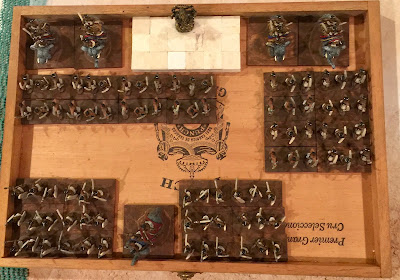 For this playtest, I will be using some of the suggestions put forth by Terry Shaw and Paris Papadopouos such as a 3'x2' table (the green lines you see in the pictures on the matt is where I cut 6" off each side of the 3x3 matt to get to 3x2) and deploying in quarters instead of halves.

The first two shots of the Indian host deployed:  1st archer BG then two elephants and the 2nd archer BG in the field, the two medium foot spear BGs deployed on each side of the camp.

The Sassanids rolled high and moved first.  The main host (6 pack of LH, both cataphracts and the bow cavalry) did a double move straight ahead with a one base shift to their left in the first move and stopped just outside of 5" of the Indian line.  The 4 pack of light horse move a full 7" forward and did a one base shift to come up beside the bow cavalry but slightly behind.  The Indians attempted some long range bow shots but they were ineffective.  Nothing happened in Joint Action so the Sassanid turn ended. 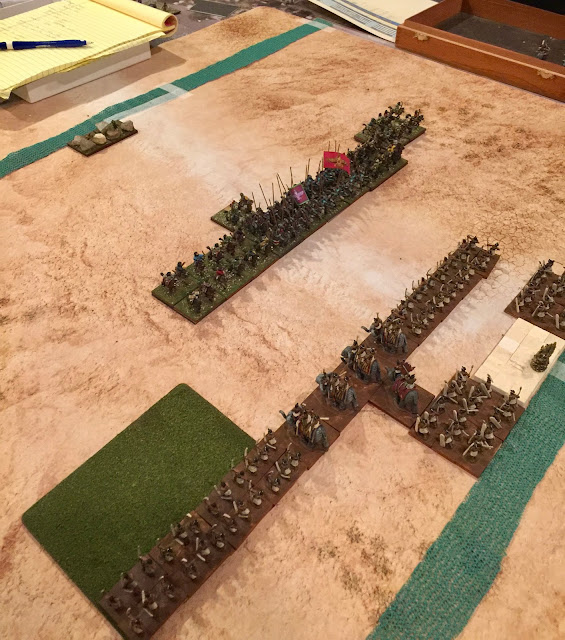 For the Indian 1st turn, the elephants wheeled towards the Sassanid line.  The right end archer BG maneuvered with them as part of the battle line.   The left end archer BG conducted a 4" move straight ahead.  Both medium spear BGs maneuvered to come parallel to the main Indian line.  Indian bow fire was abysmal in the shooting phase.  Both elephant BGs were forced to take cohesion tests by the Sassanid fire but to no effect.  Neither side had anything going on in Joint Action so the Indian 1st turn ended. 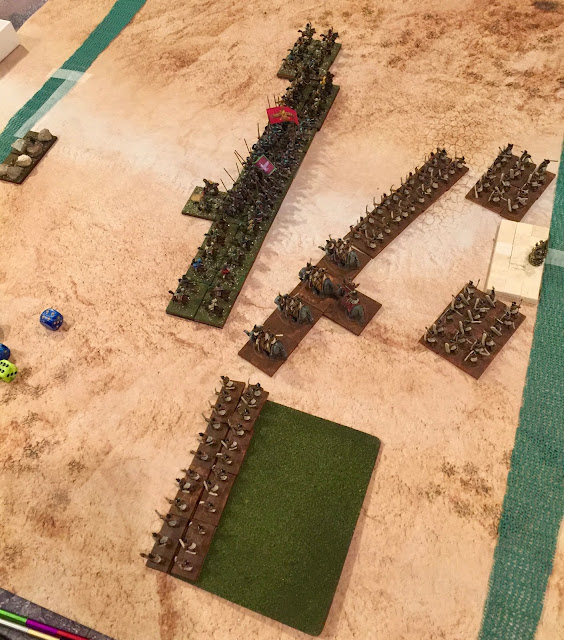 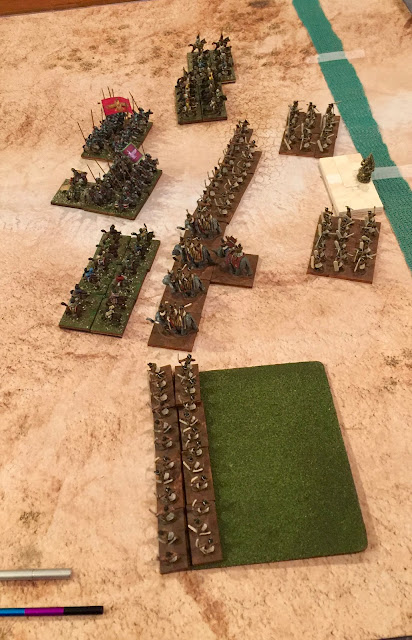 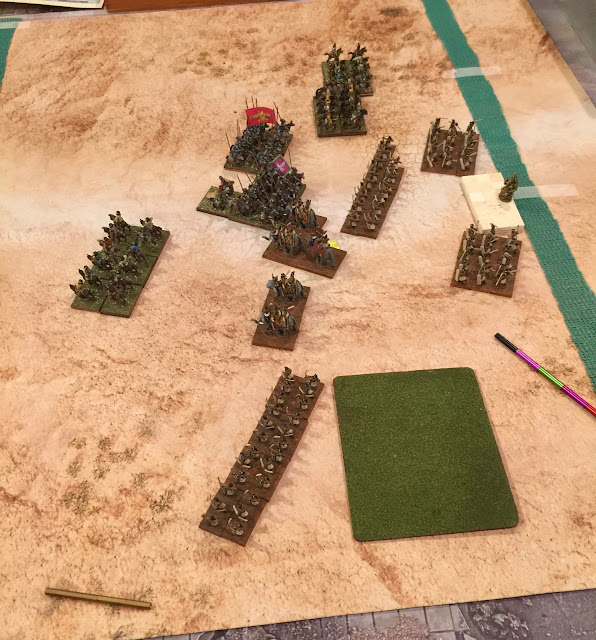 Unfortunately for Hormizd, son of Shapur Mishanshah, governor of Sakastan and claimant to the Immortal Throne, his rebellion against the rightful King of Kings, Bahram II, would prevent him from returning to the Indian subcontinent.  In the following year (283 AD), he would face Bahram, himself, in open battle and die a horrible death on the tusks of one of Bahram's war elephants (okay I made that up but he did die in 283).

Total time pushed to one hour and twenty six minutes.  Before I decide on if this caused by the increased table size or deployment sequence.  I will try a few more playtests.  Very enjoyable game, nonetheless.

Follow the link below to access the latest update to FOG 300.  The Appendices have been updated and now include a chart of terrain choices for the Ally lists found in Appendix 1 of Army Book 1 as well as the first of several Ally lists left out of the army books.  Additionally, I have added several changes suggested by Terry Shaw.