I have settled on a generic marker for the Islamic factions and have finished two test pieces for both the Edessans and the Aleppans.

The top is the County of Edessa and the bottom is the Sultanate of Aleppo.  Unfortunately the Aleppan marker on the left looks a lot like Pac Man. 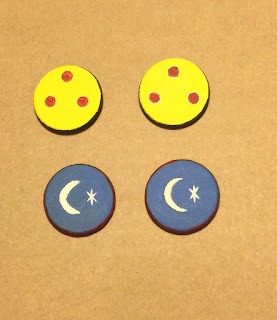 I have also finished an Army marker for the Edessan faction.  I used an Old Glory 15mm Norman standard bearer and I think he turned out okay. 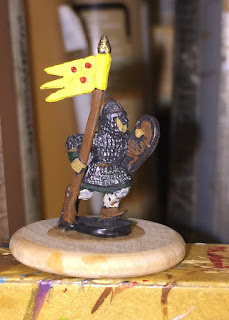 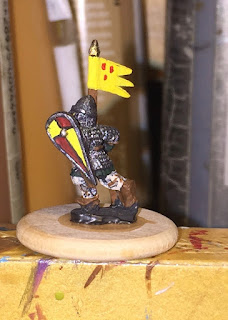 As I continue to work through the painting and campaign design I have found the following to assist with faction markers and special flags. 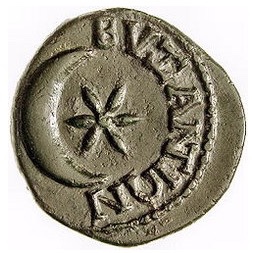 The coin above I found doing a search for Seljuk Turk symbols.  I am going to use it as the base control symbol for the Islamic factions and differentiate by field color.  For instance, Ridwan of Aleppo will have a yellow crescent and star on a mid-blue field with a red edge to the field. 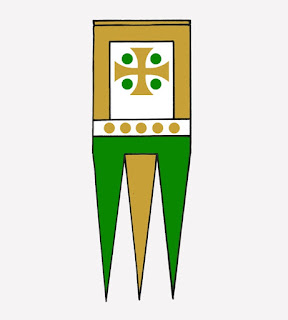 This banner has been sometimes identified as the holy banner that William the Conqueror received from the Pope for his invasion of England.  I plan on playing with the colors a bit but will use it as the Special Event Holy Christian Banner. 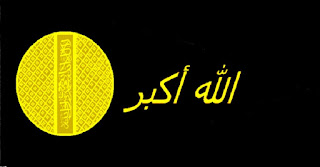 This banner I found on a google search for the Abbassids.  I will most likely use it as the Islamic Holy Banner from the Special Events. 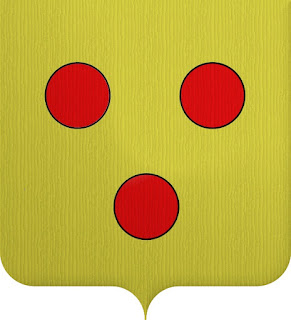 Another symbol I found through a Google Search, this one has been shown in several places as the Coat of Arms for the County of Edessa.  There is a flag on the old Fanaticus website that identifies this as the arms of Count Baldwin of Boulogne, the first count of Edessa.  I plan on using the flag and have painted the first test markers. 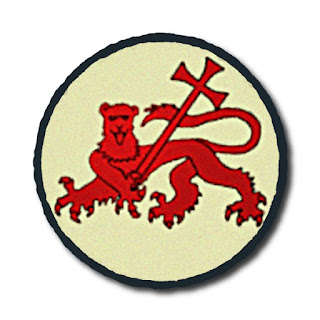 This symbol I found online from on of the Total Warish sites that claims it is the arms of the Roupenian Dynasty of the Cilician Armenians.

That is all for now as I sit in my hotel room in Chicago.  Until next time, enjoy.

Painting is coming along for the few more required Crusader foot needed to complete the current needs as are the planning/organizing of figures to complete needed BGs for the Cilician Armenians.

For the campaign, I am going to do some test moves and battles with the County of Edessa vs the Sultanate of Aleppo.  I have decided on markers that I will need to mark control of cities as well as army markers for each army.  I have the first few on my desk already.

Here is the cut down map that I will be working with: 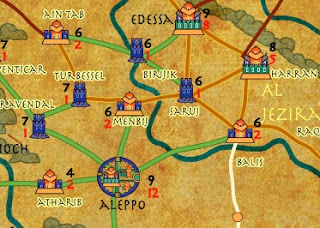 Another Day in the LIbrary

December, in the year of our lord five hundred and ninety eight since his ascension to heaven, the sixteenth regnal year of the reign of Flavius Mauricius Tiberius, Emperor of all the Romans.

Today I returned to my search for the documents referring to this mysterious comes sareceni.  I believe I have found a cache of documents that are related to this story.  It seems that a certain church official in Aela had complained of incursions by the desert nomads into the villages.  Based on the notes I have found, Bishop Paul of Aela, convinced the comes of the Palaestina Tertia to lead a punitive expedition against the nomadic tribes southeast of Aela.  Based on what I have found, it seems that the comes gathered his Buccelaria and the local militia to form the basis of his troops.  Two units of Byzantine cavalry moving north to join the armies on the Euphrates border where added just before the forces set out on this adventure.  There is an obscure reference to an engagement being fought out in the borderland but at this time I have not located any sort of report.  I will keep searching...
- June 10, 2017 No comments: