Worked in a FOG 3.0 600 point game with New Kingdom Egyptians of Ramses III vs the Scrubby Akkadian raiders from Mesopotamia.  Thanks to Gino Agnelly for bringing his boys up to play.  I forgot to start the clock before set-up but after set-up it took one hour and eleven minutes to fight to conclusion.  Game was very bloody and my dice rolls were their typical abysmal selves.  My Sea People mercenaries flubbed every impact so it mattered not that they were three ranks deep.  I did not take notes during game play so all I have to offer is the pictures.  One of my Egyptian Archer units were gods though as they stood and took a charge from some Amorite Mercenaries and saw them off after several rounds of melee.  Unfortunately, the Akkadians were still victorious.  Ramses III will have to wait for another chance to redeem his honor. Here are the pics for your enjoyment. 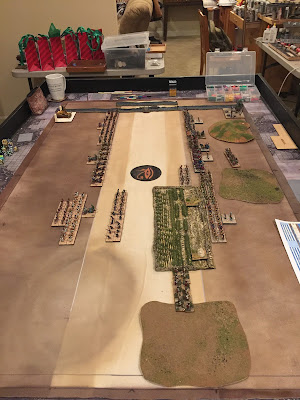 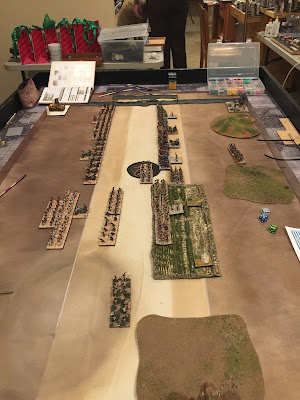 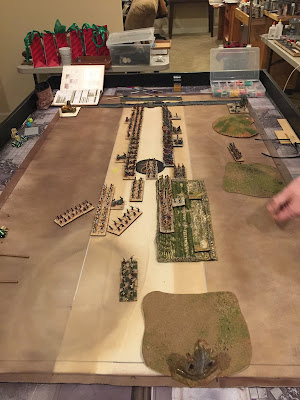 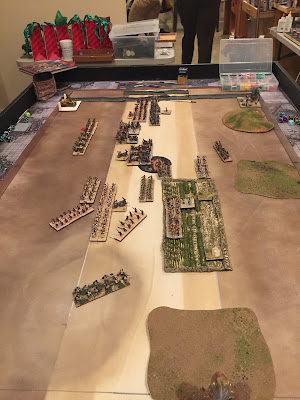 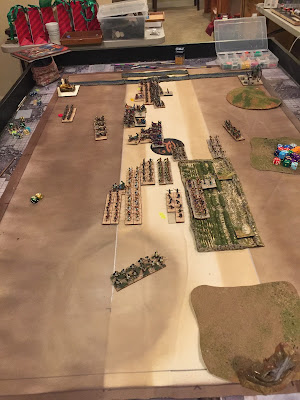 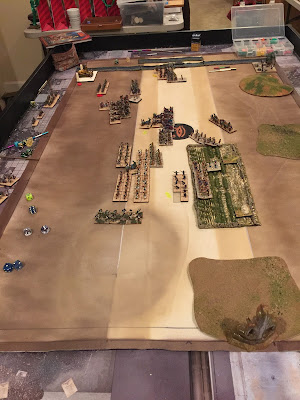 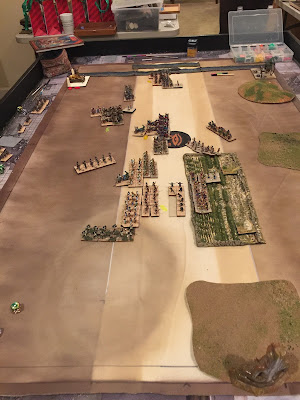 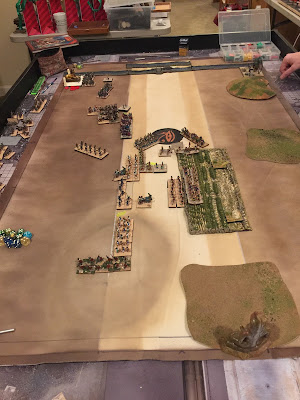 The matt and the army box is a Dan Henderson original I had made three years ago along with the NKE army and a special army box for the US FOG Team Tournament.  The matt is 5x3, rolls up and fits inside a plastic roll case that can be picked up at Hobby Lobby.  Unfortunately, the team tournament date and venue was changed and I could not attend so they have been sitting collecting dust until now. 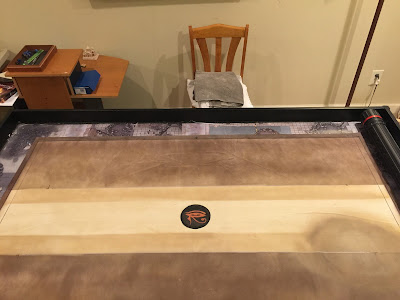 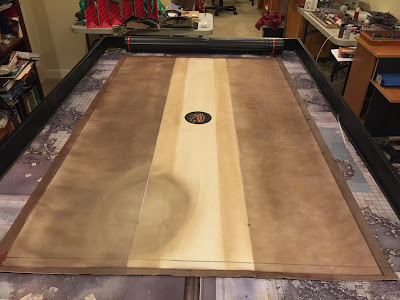 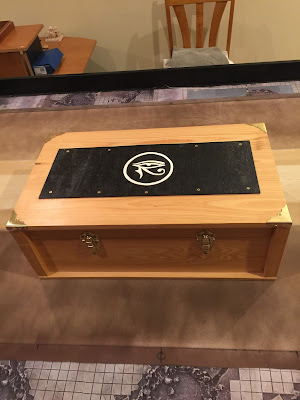 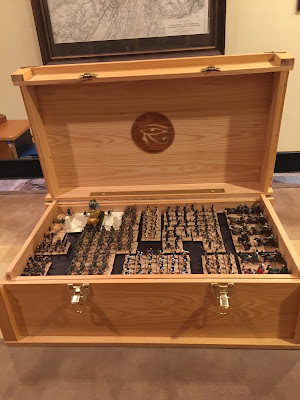 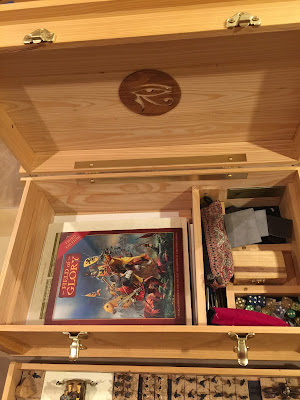