I managed to work this playtest in last weekend but today is the first chance I have had to share.  This time you get Sassanid Persian vs Chionite Huns circa 375 AD. 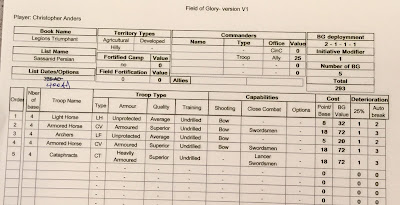 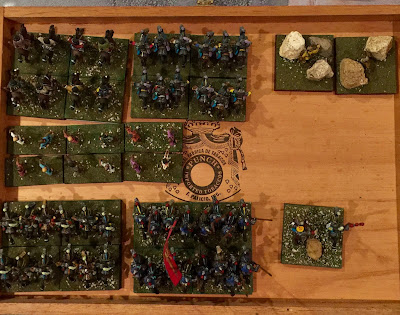 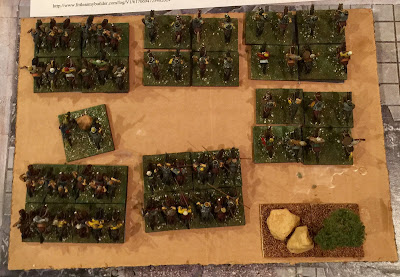 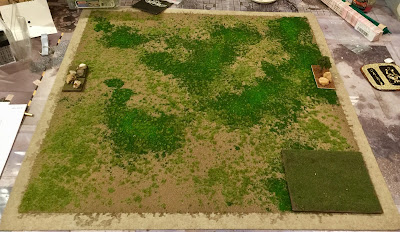 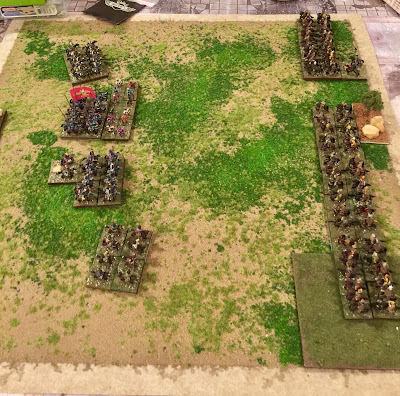 The Chionite 1st turn witnessed the the LH line making a short move forward.  The left wing cavalry moved as far as they could to get on the left of the LH line.  The Lancers passed a CMT for their first move and expanded two bases.  For their second move they moved up behind the extreme right end of the LH line.  The right wing Chionite cavalry moved up to stay in line with the lancers.  In the shooting phase, 3 hits were scored on the Sassanid LH but the arrow storm had no effect.  The Sassanid LH scored 0 hits in return.  The Sassanid armoured cav on the right scored 2 hits on the middle Chionote LH who in turn failed their cohesion test.  The Sassanid LF scored 2 hits on the Chionite LH on the right end of their line who passed their cohesion test.  The turn ended with the table as below: 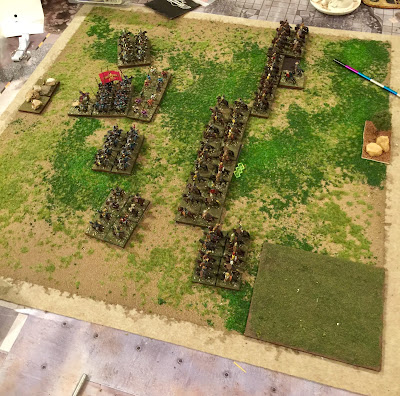 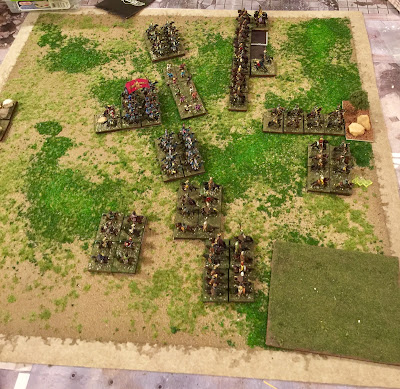 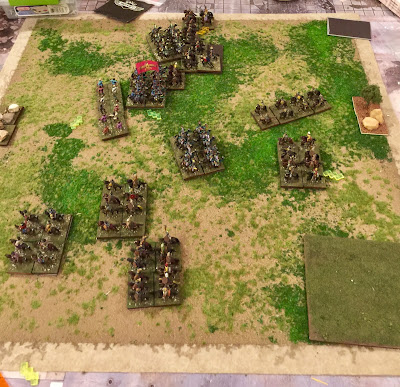 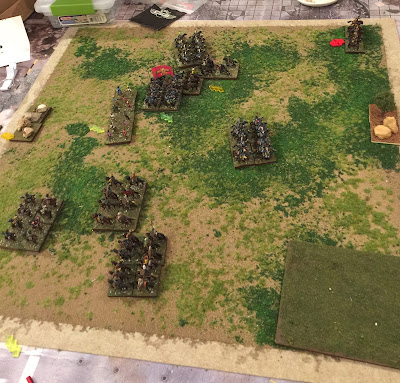 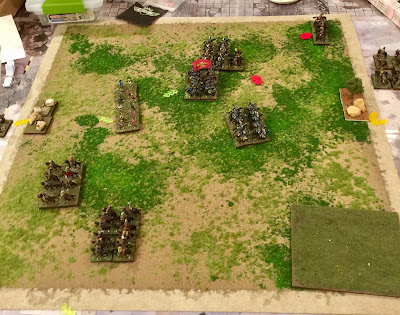 This game was very fast and the shallow table definitely had an effect.  I will have to think about the table size going forward as it impacts mounted armies signifcantly.