Getting ready for HUBCON 2019 Average Joe my buddy Willard Moore drove down August 11 to playtest some lists.

Never could get a Roman list I was happy with so ended up running out a Bedouin Dynasty list with 13 BGs.  Willard brought an 11 BG Medieval Scandinavian list.

In brief, the Scandinavians won the initiative but it did not matter as there ended up not being much terrain in the Agricultural fields of the "Middle East."

I did not take notes as we were talking as we played but here are the pictures. 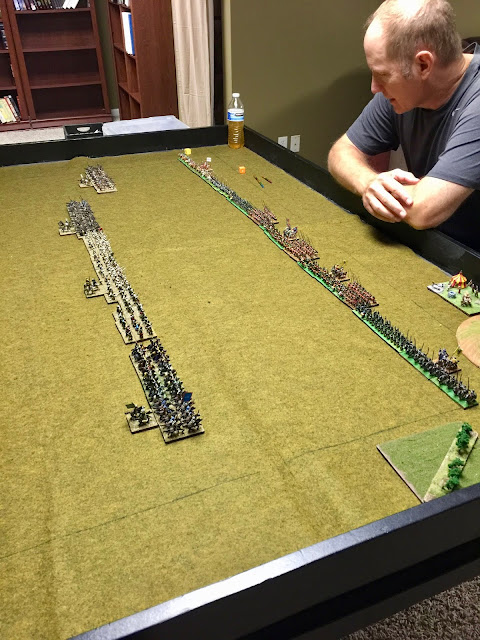 The armies deployed and after the first Bedouin move. 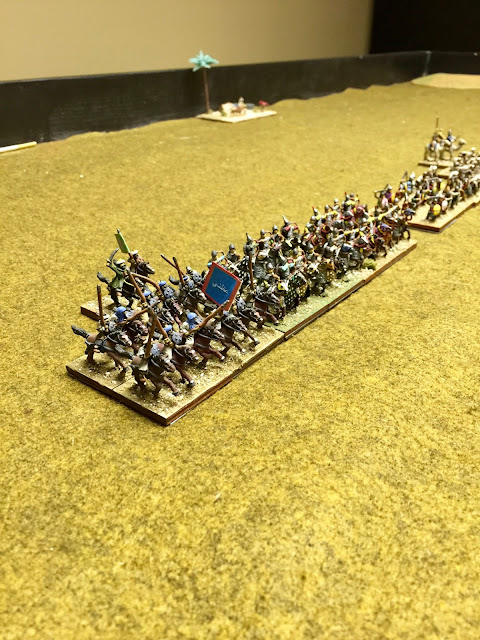 A close up of the end of teh Bedouin line.  These are the armoured lancers in the foreground from Khurasan. 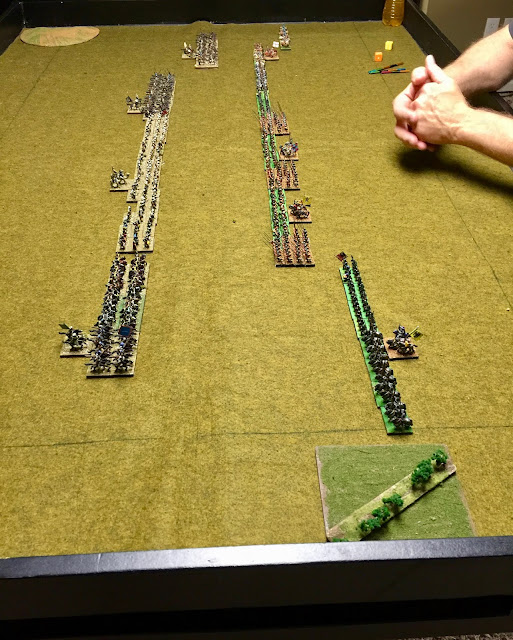 The Scandinavian hordes have pushed out to get close. 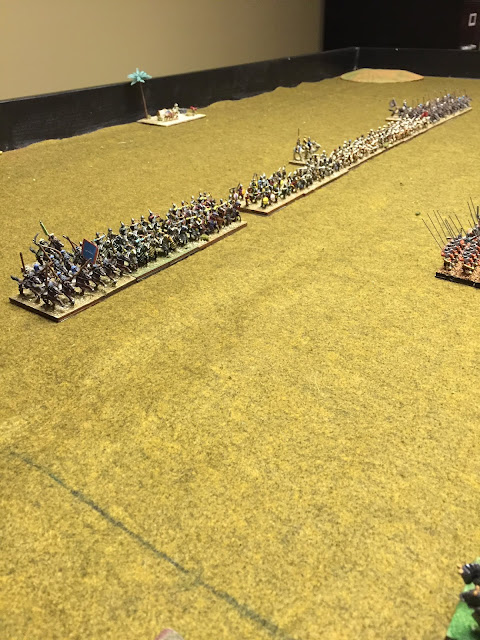 The Scandinavian "Hawk Cam" flying up to show the Bedouin line stretching in the distance. 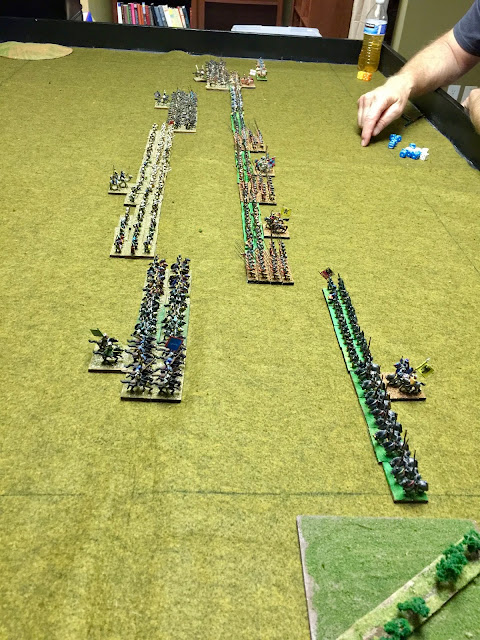 The lines have moved closer and the Bedouin light horse can be seen in the distance in a scrum with the Scandinavian Mtd Crossbow. 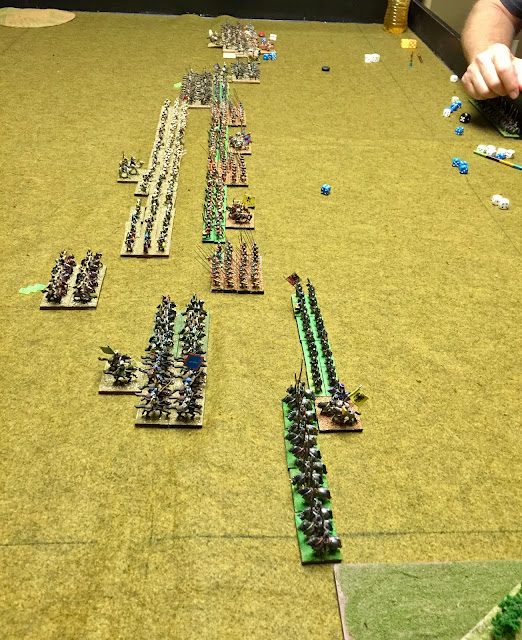 The foot are edging even closer and some of the mounted have already suffered from their impetous nature. 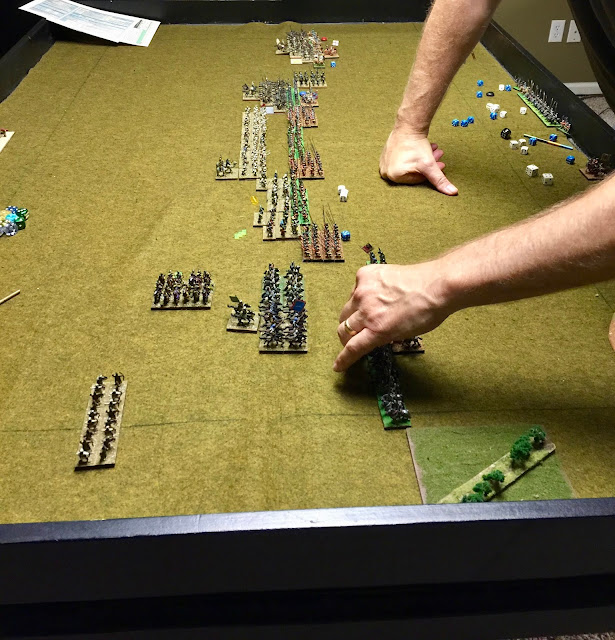 The first foot combats:  the Ghazzis and Dailami would not wait for everyone else and they suffered for it. 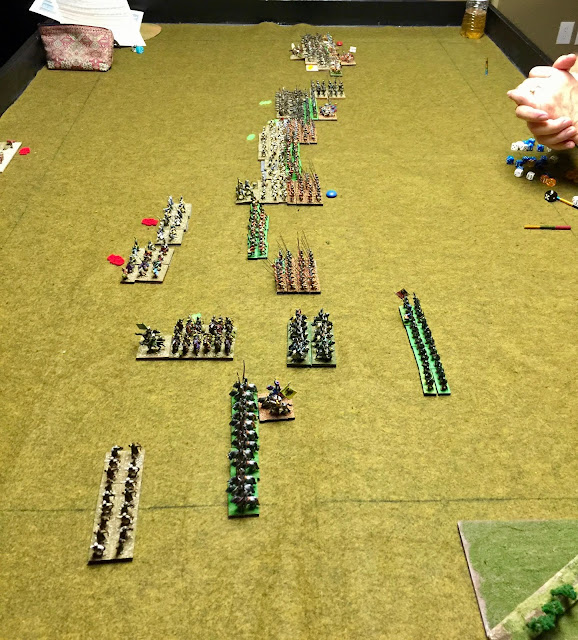 The Bedouin line is starting to crumble.  Both the Ghazzis and the Dailami are running for the hills. 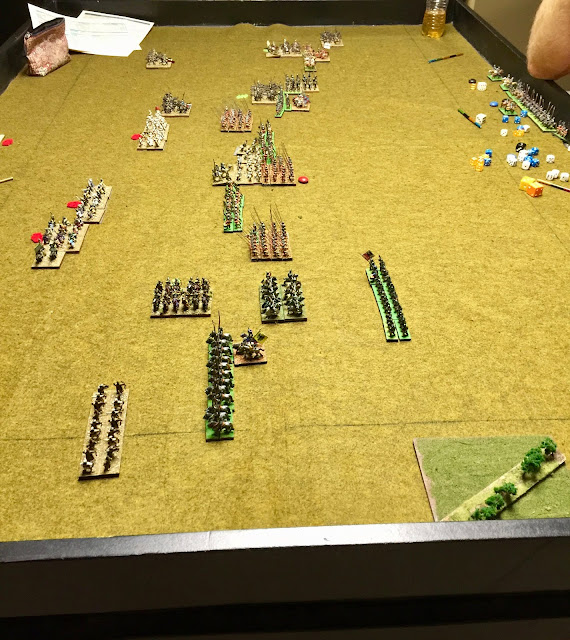 And even more Bedouins flee the field (the red death heads behind the Bedouin units are broken markers). 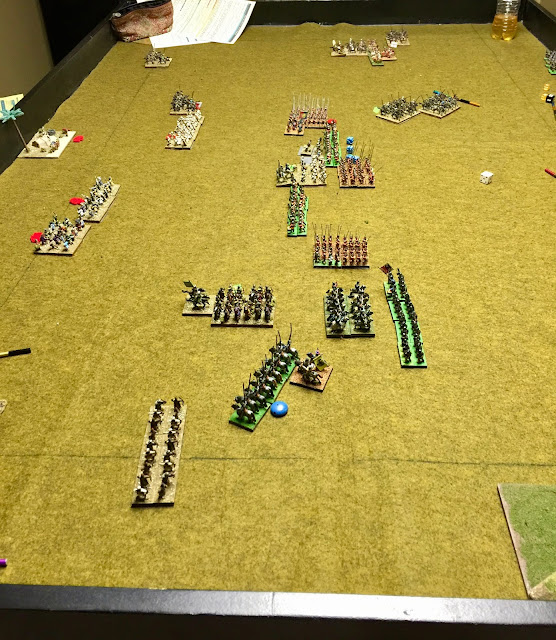 The Bedouin archers (foreground) do manage to make the knights suffer before the end. 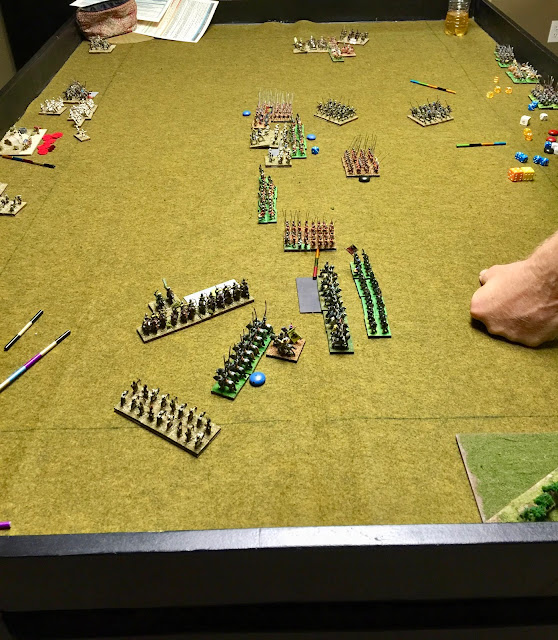 Right before the end:  The Ghilmen are about to be charged by two units of Scandinavian foot with nowhere to run.  They ended up getting caught in the pursuit and routed ending the game.

The Medieval Scandinanvians had lost 8 attrition points at this point and with the Bedouin Lancers in the middle of the table chewing their way back to the bottom of the table, it was just a question of who would break first.

We finished in around 2 hours and really enjoyed ourselves.

I need to look at something with more armour for Average Joe methinks.

Email ThisBlogThis!Share to TwitterShare to FacebookShare to Pinterest
Labels: FOG 3