I have re-started work on a campaign that has been languishing half finished for a few years and have it in a somewhat presentable fashion.  It is set just after the death of Alexander the Great and features most of the main characters.  It uses the GMT Games Successor map that is available for free on their website for its basis and draws heavily from Jeff Jonas' "Syrian Wars" campaign that can be found on his excellent website, AncientBattles.com.

Here is the map: 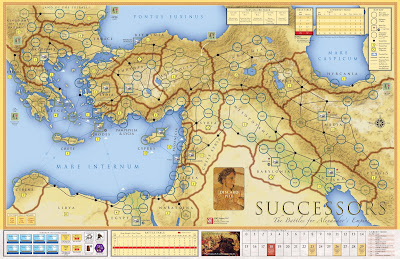 The campaign is called To the Gates of Babylon and I hope to add some FOG 300 AAR of some of playtest turns in the coming months.

Here are the draft rules:

To the Gates of Babylon

Comments and suggestions are welcomed.

Here are a few shots of some of the figs for the campaign in progress.  Almost all of the cavalry and all of the foot are Old Glory.  There is one BG of Kappadokian Cavalry from Forged in Battle in the back.  The temple is something I found on Ebay a few years back that I am going to use as a small camp.  I have 5 more BGs of Phalangites and 1 BG of Persian Cavalry along with 2 BGs of Persian Crescent Shield foot in the works to add to these. 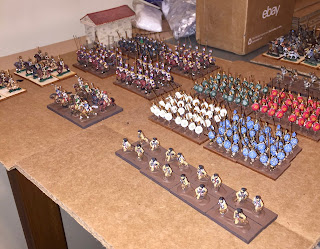 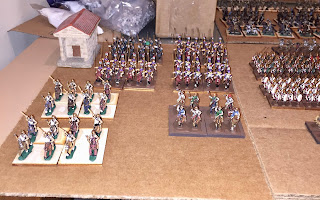